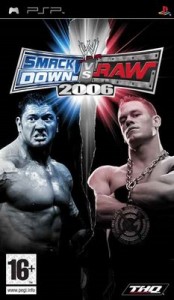 The debut PlayStation Portable offering of THQ and Yukeâ€™s long-running 3D wrestling series. WWE SmackDown! vs. RAW 2006 expands on THQâ€™s popular multi-million unit-selling franchise with a number of key new features. The Buried Alive Casket match, two new wrestler attributes (Stamina and Hardcore), and a realistic momentum system all combine to turn the series away from its arcade roots and towards that of a simulation. The PSP version follows closely on the heels of its PS2 tag-teammate in terms of features and wrestler rosters, with exclusive extras including additional characters and other features for the PSP version, plus USB system link to connect the two versions together.