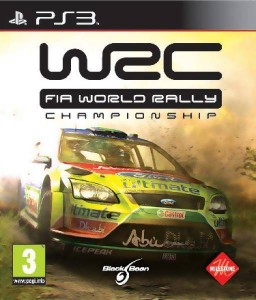 Immerse yourself in the first officially licensed handheld FIA World Rally Championship
game â€“ packed full of exhilarating stages set in the toughest terrains the world has to offer. WRC offers a complete WRC season over 5 continents and 16 countries with a vast array of wild terrains and surfaces including the streets of Japan and the hills of Mexico.

Based around the 2005 season, WRC for the PSP system features 30 official and fully deformable 2005 WRC, Evolution, and Extreme spec cars; from manufacturers such as Ford, Subaru and Mitsubishi as well as all of the 36 official WRC 2005 drivers and co-drivers. WRC also offers sixty-four point-to-point stages on gravel, tarmac and snow with 6 game modes encompassing single player, multiâ€“player and Wireless Head-to-Head support.