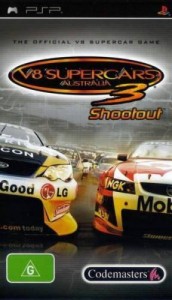 A custom-built racing game for the PSP designed after Codemastersâ€™ TOCA Race Driver 3. Designed from the ground up for Sonyâ€™s handheld, Challenge focuses on â€œburstâ€ play while retaining the seriesâ€™ trademark racing thrills, with a realistic damage system, a huge roster of officially licensed cars, and real-world tracks. Also added to the PSP game is a World Challenge mode, where players battling through a host of international championship tiers, each featuring specialised events, skill tests and challenges spanning all manner of different racing styles each tier offers the opportunity to improve your racing skills. Once complete, players can compete in the specialist Championship season, featuring a variety of races around different circuits â€“ coming first enables gamers to move up to the next tier in the World Challenge. The game also features Free Race and Time Trial modes, plus wireless WLAN multiplayer for up to 12 players simultaneously.