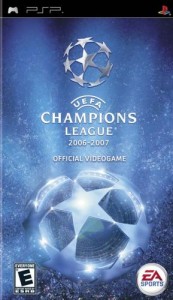 In the waning years of Sonyâ€™s PS2 and PSP systems, many developers are moving their A teams onto more expensive and next now current-generation systems while giving their B teams a chance to make passable former-gen games. For the most part, thatâ€™s true for Electronic Arts. UEFA Champions League 2006-2007 for PS2 and PSP isnâ€™t EAâ€™s greatest effort to date, but itâ€™s not too shabby either. Though the big new features went to the Xbox 360 version of said game, the PS2 and PSP versions, which are nearly identical, are actually the more fun versions to play.