Four new minis this week from SCE. I actually expected a lot more from Sonyï¿½s first in-house foray into minis, especially as they all come from Japan Studio.
Possibly if Sony had packaged all the games together and charged the same price as theyï¿½re charging for each individual game ($2.99) for the whole lot, they
might just have been worth the money, but as it is theyï¿½re very overpriced for what they all, namely miniscule, tiny, flea-bite-sized crumbs of gameplay.
Legend of Kunoichi is possibly the most fun of the four games, being like a ninja ï¿½whack-a-moleï¿½, featuring a female ninja called Mai, and her trusty ninja hammer. 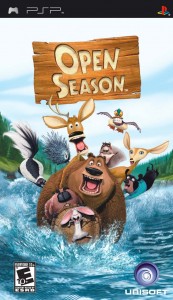 FlOw didn’t start out as a PlayStation 3 game, but Sony’s console is definitely where it garnered the most attention after being made available as a download early last year. The game’s simplistic, stylized visuals made it an unlikely showpiece for the PS3, but its inventive and undemanding gameplay coupled with effective use of the Sixaxis’ motion controls made it a good option for early PS3 adopters looking to show off their new toy. The downloadable PSP version of flOw doesn’t add anything new over the PS3 version, but it’s a great fit for the handheld and certainly worth a look if you haven’t played the game already.

Download full auto 2 battlelines and play it on your sony psp for free! 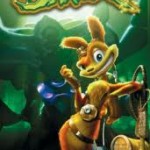 Naughty Dog, Insomniac, and Sucker Punch have become a triple-threat for Sony after having created a trio of trilogies for the PS2. Naughty Dog’s Jak and
Daxter first set the bar for great platform gaming on the system and very few releases have topped it, with almost all of the series’ competition coming
from sister companies Insomniac and Sucker Punch. While the Jak series has thrived on its excellent design, humor also plays a large part of its success,
most of it coming from Jak’s sidekick Daxter. The little orange Ottsel has thus far only lent a helping hand to his buddy, but now the little guy gets a
starring role in his own game on the PSP, the aptly and simply-named Daxter.

Any doubts about the clout Bleach now commands in the Japanese animation world (well, the Japanese animation world that takes place in Japan, at least) were quickly cast aside as we waited in line to play the game’s PSP conversion at the Jump Festa comic/game event this past weekend. Sony Computer Entertainment, publisher of the game, had hundreds of exciting, screaming fans gathered before a mock radio station for a live talk show with the voice actors from the show. Luckily for us, the PSPs were equipped with headphones.

Sony Computer Entertainment Japan (SCEJ)’s agent issued, ACQUIRE development and manufacture. Scheduled to launch in February 2010, exclusively by the PSP handheld. ACT has launched a new games platform for creative action: “100 million tonnes of Para Para” (Hyakumanton no Bara Bara), players will defend the town ends up as a passionate young people, to fly to the sky, the massive flying warship to the demolition was Qilingbala. At present for the official website has been officially opened, and the latest release of the game screen and other information for the players you refer to. 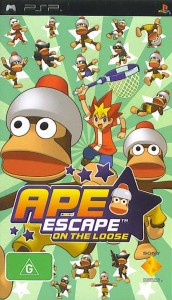 Sony PSP God Eater {Burst} Review Namco has released an answer to Capcom’s Monster Hunter Franchise..but how does it match up to the monstrously popular
title in Japan?…is it innovative and is an improvement from another game?…or does this “Monster Hunter ripoff” fall flat? IN THE REVIEW! In this adventure
game, you play as a God Eater, a young warrior who has taken up arms against Aragami, a powerful, mysterious creature that has appeared around the world.
You team up with three other God Eaters for co-operative Aragami hunting through over 100 missions. – IGN I tried to cover the most out the game in less
than 15 minutes! For all you fans who think I sound like The Joker, this time I actually tried to imitate his voice) This is not really a God Eater BURST
review (due to the fact that it’s not out yet…but it somewhat is due to english being in it) God Eater ENGLISH PATCH V3 (FINAL) – www.mediafire.com
(please, Please, PLEASE don’t ask how to use it. We have Google and Youtube for that. PushSquare: “Hot Shot Shorties is a hectic, pick-up-and-play mini-game compilation hindered by the cumbersome method Sony’s opted to package it. Splitting
the game into four disparate XMB applications adds an additional layer of navigation to what is essentially a jump-in-jump-out package. Once you get there,
the underlying gameplay is charming, addictive and refreshingly responsive.