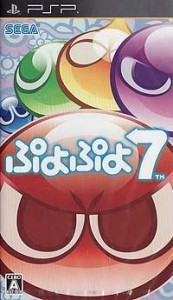 Ringo Andou is in for a shock when her high school is suddenly overrun with puyo that rained down from the sky. Arle Nadja teaches her how to deal with it but is forced to flee shortly afterwards. Ringo then sets off to find her amid the chaos.

Sony Computer Entertainment Japan (SCEJ)’s agent issued, ACQUIRE development and manufacture. Scheduled to launch in February 2010, exclusively by the PSP handheld. ACT has launched a new games platform for creative action: “100 million tonnes of Para Para” (Hyakumanton no Bara Bara), players will defend the town ends up as a passionate young people, to fly to the sky, the massive flying warship to the demolition was Qilingbala. At present for the official website has been officially opened, and the latest release of the game screen and other information for the players you refer to.

These kidnapped scientists are ballsy. My mission is to shoot down some enemy planes carrying the stolen brainiacs and then pluck the parachuting eggheads out of the sky with my F18. Now, if someone told me I was going to jump out of an exploding plane over rough seas and grab onto the wing of a jet at 4000 kph, I’d be pretty freaked out, but I’ll be damned if these geeks aren’t bailing out and yelling “Woo-hoo!” 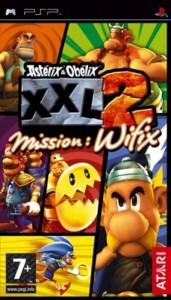 The PSP version of Asterix and Obelix XXL 2 includes a completely new Wi-Fi two player mode which is easily accessible and great fun to play. With room for up to four players at once, gamers will be able to challenge others in an intensely entertaining Arena Team Battle. Pick from the most loveable characters in the Asterix universe and then let battle commence, unless the sky falls on our heads first. Multiplayer gameplay is made easily accessible with a simple interface to launch players straight into the action.