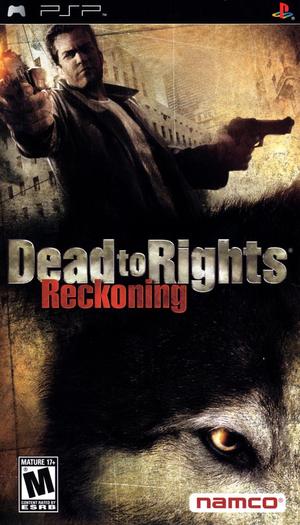 Region: EU
Language: English
Returning to Grant City, a boom town gone bust that is falling to the worst excesses of crime, greed and corruption; Dead to Rights: Retribution follows vice cop Jack Slate as he fights to expose shadowy figures that will stop at nothing to exert their deadly influence over the crumbling metropolis. Dead to Rights: Retribution will form an original story portraying key events that shape and define Jack Slate’s character including how he and Shadow first come together as partners against those who would bring the once great city to its knees.

Set in the weeks after Resistance: Fall of Man, Resistance: Retribution follows the story of former British Marine, James Grayson. After a personal tragedy, Grayson goes on a vendetta to destroy every conversion center he can find. Eventually, Grayson learns that his efforts have been futile… in Western Europe the Chimera have evolved a new method of converting humans. The European resistance â€” the Maquis â€” enlist Graysonâ€™s help, and he joins Cartwright and Parker in Operation Overstrike.