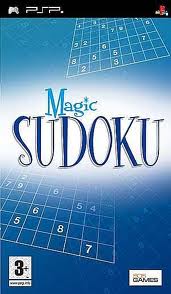 From the British Game publisher 505 Gamestreet has announced that the proxy created by the SUCCESS puzzle game “Sudoku Magic” (Magic Sudoku) distribution rights in Europe. This book by the end of May 2008 for sale, now the game’s official website has opened, and the game released the latest information and pictures for player reference.

This for your “Nanpure” (SUDOKU) “Oekaki Puzzle” and other popular two questions a few rich puzzle game, newcomers can start with the “training mode”, “primary issue” challenges, but also a collection of challenges for older players, “editor model “,” superior problem “, 100 is not tired of playing! In addition, they can still use Game Sharing function will experience the edited version and your own issues presented to the other players!

Flash Mada Ka Lin introduced the “Flash Mada Ka-lian,” which is a cell phone on a puzzle game, but the developer recently hopemoon companies to disclose this
to be ported to PSP on the news. This is a new feeling for puzzle games, in the traditional puzzle game based on the also joined the fascinating story,
players can enjoy the wonderful side of the game side of the story. PSP version also adds new levels and roles, and many other new elements. The game will
be February 18, 2010 available in download version, priced at ¥ 1890 (tax included).

Typically when you play a puzzle game, you are given an objective and perhaps a few different ways that you can accomplish this task. However, you’re not
frequently asked to readjust the reality of the world simply by manipulating the camera to close gaps between platforms. The same could be said about
erasing pitfalls by changing a camera angle so a column appears to cover a hole. These optical illusions form the basis behind Sony’s latest PSN title,
echochrome, which asks players to constantly tweak, bend and change their perceptions to solve deceptive puzzles. While the choice to use optical
illusions is a unique one, the decision to focus upon a simple wireframe presentation adds a surprising amount of depth to this spatial puzzle title. 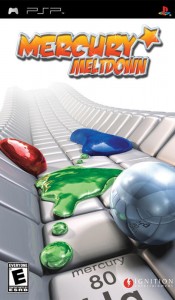 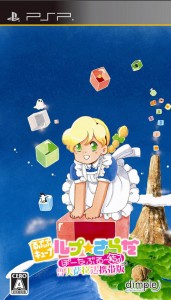 Japanese Game publisher Dimple company production and distribution. Transplanted from the January 2008 launch of the PUZ in NDS PSP puzzle game â€œRupu Sarada DSâ€ (Loopop Cube: Loop * Salad DS). The sale scheduled by the end of January 2009, for the PSP handheld launched a new puzzle for classical box: â€œRupu Sarada: Portable Editionâ€ (Loopop Cube: Loop * Salad Portable: Matatabi). At present for the official website currently has officially opened, and the latest release of the game screen, and some information for you the player reference.