Four new minis this week from SCE. I actually expected a lot more from Sonyï¿½s first in-house foray into minis, especially as they all come from Japan Studio.
Possibly if Sony had packaged all the games together and charged the same price as theyï¿½re charging for each individual game ($2.99) for the whole lot, they
might just have been worth the money, but as it is theyï¿½re very overpriced for what they all, namely miniscule, tiny, flea-bite-sized crumbs of gameplay.
Legend of Kunoichi is possibly the most fun of the four games, being like a ninja ï¿½whack-a-moleï¿½, featuring a female ninja called Mai, and her trusty ninja hammer.

God, Earth Defense Force: Insect Armageddon totally wouldï¿½ve gotten a 10, if only it were a better gameï¿½ Does that make
any sense? No, itï¿½s not my first time reviewing. Itï¿½s just that, on sheer awesome principle, Earth Defense Force is exactly
what I want out of a shooter. For me, itï¿½s a sublime, damn near perfect interactive experience. However, itï¿½d be ridiculously
ballsy to score it up to the echelons of a Gears of War 2 or Halo 3. 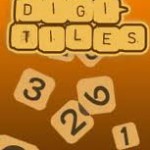 There’s absolutely nothing wrong with a laser-like focus on a single concept when making a game; it’s been the backbone of many
of the more successful XNA and iPhone offerings out there. No doubt that was part of the allure of Minis in the first place, but
there’s the issue of getting your money’s worth too, and often, it’s a balancing act to keep things simple while not feeling
too barebones.