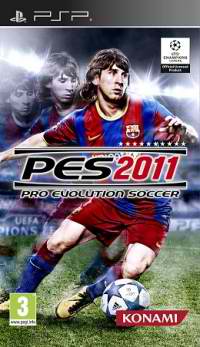 Pro Evolution Soccer 2011 reinvigorates the series with the most advanced set of improved gameplay additions, control options and to catch up with the evolution of the real-life soccer.

Keeping up with theÂ Pro Evolution Soccer (PES) series has been at turns a wonderful and deeply depressing experience over the years. Its highs have been met with the same jubilation as Beckham’s World Cup qualifying free kick against Greece in 2001. Its lows have been treated as though someone had walked into a fashion show wrap-up party with their sex organ hanging out of their Primark jeans; and fairly so.

The series had lost its way. What was onceÂ the simulation of the beautiful game has slowly slipped into a confused â€œstate of arcadeâ€; not really aware of its own goals (in both senses of the phrase) let alone any new ones set by its rivals.

Every year a newÂ PES would be released, and every year series producer, Shingo ‘Seabass’ Takatsuka, would try and convince us that the new iteration was different, only to let us down. The fondly remembered days of aÂ PES launch are far behind us and theÂ Evolution inÂ Pro Evolution Soccer seems more ironic than hope-filled.