Download and play medal Gear Solid on your psp. 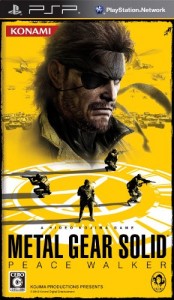 Download and play Metal Gear Solid Portable Ops. If stealth is you kind of thing than this game is for you. The game is all about reaching destinations and killing people undetected in a very stealthy fashion. I bet it’ll keep you on the edge of your seat. Download this game now and put it in the iso folder and start playing. Don’t forget to comment back if you liked it or not.