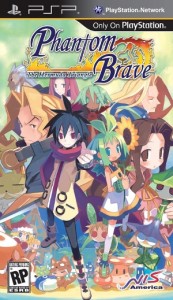 Nippon Ichi has made a name for itself in the US in a relatively short time. Within a year, three of their tactical RPGs have made it stateside and already the developer is being praised as the quintessential tactics king. Beautiful hand-drawn art, charming casts of characters and anime-esque plots are just a few tell-tale signs of a Nippon Ichi game.

Phantom Brave is no exception, but does journey into new realms of tactics and gameplay. Sporting a more free-form movement, a plot-driven 20-episode trek, a convoluted ‘Summon’ system, and more innovations than you can shake a stick at, Phantom Brave adds so much to the Nippon Ichi formula, yet retains all the charms that made its predecessors famous.