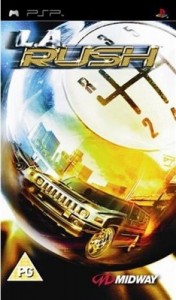 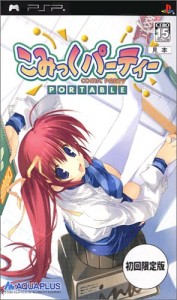 You play as a college student who, despite his genius at art, attends a normal college and leads a normal, boring student life. One day, you’re asked to join a group called Comic Party that works on producing a comic magazine. The game takes you through one full year as you meet girls and attempt to solve their problems, all the while producing the comic magazine. A large female cast of characters features in Comic Party, including Mizuki Takase, your good friend from high school who is against your joining the Comic Party.

Gameplay in Comic Party centers on your daily routine. On weekdays, you plan the week ahead, budgeting your time for creating the various areas of the comic magazine. Don’t forget to include breaks in the day, or you’ll run out of energy. Once you’ve set up a schedule, the game automatically takes you through your daily routine. Weekends and holidays are a bit different, as you carry out your plan the day that you make it. If you want, you can use your time off to work on the comic, but your real goal is to make phone calls and head out on excursions with the girls. When meeting with the girls, you take part in interactive conversation sequences.