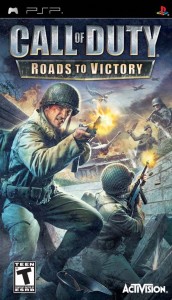 First-person shooters are pennies per pound on consoles and PC, but the PSP is a brand new shop to stock that has allowed the developers of Coded Arms to
be bold. Konami isn’t known for its first-person shooters, aside from some European games with the company’s name on the boxes as the distributor.
Japanese game makers in general rarely take on the FPS genre — even Namco’s Breakdown on Xbox concentrates more on melee attacks than actual shooting.
So it was interesting to see Konami take this partcular step forward. Here, the development had to set a mark for what a PSP FPS must offer in terms of
visuals and gameplay. At the same time, the team aimed to put its own distinct stamp on the genre. Adding an aim-assist lock and a random level system
might have been controversial on other systems; here, the PSP is a fresh canvas to experiment.