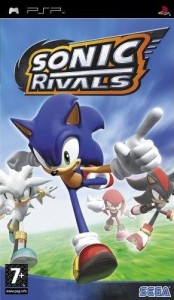 Sonic Rivals is a head-to-head competition between Sonic and his top rivals, where the gloves are off and winner takes all! What starts as a friendly competition between Sonic and Knuckles quickly intensifies as Shadow and other rivals jump into the action. Sonic Rivals allows gamers to utilize boost moves and power-ups to trip, shove, and vault over each other while hurtling towards the finish line at breakneck speeds. Players will negotiate wildly twisting 3D tracks while avoiding the insidious Dr. Eggman and his myriad of hazardous traps and contraptions. The extensive rewards system, which is based on collecting trading cards, allows players to customize their favorite characters. Connect via wireless to race against a friend, and put trading cards on the line for even more multiplayer challenges. 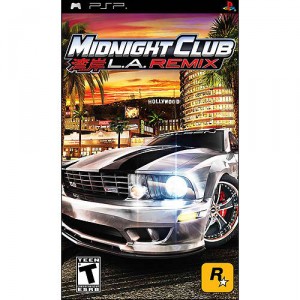 Race at breakneck speeds through the streets of modern-day L.A. in the ultimate racing esperience for PSP. Drive today’s hottest real-world tuners, muscle and luxury cars as well as exotics and superbikes. Customize your vehicle with the best after-market performance parts and custom kits. And exclusive to Midnight Club: L.A. Remix: travel to Tokyo to test your skills against the best racers in the world! Street racing with no track and no rules — welcome to the Midnight Club! Reach breakneck speeds, catch huge air, and become an icon with SSX On Tour. Create a rider or skier and build a career as you progress from a slope-side wannabe to a black-diamond dominating rockstar. Compete for medals or just tear up the massive new mountain, but make sure you look good doing it because your reputation is always on the line. Pull off jaw-dropping monster tricks to out-style your competitors while hurtling down the slopes at supersonic speeds. You create the hype  the hype creates a legend in SSX On Tour.