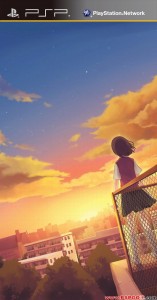 According to a Japanese (Nippon Ichi Software) announced that the scheduled July 29, 2010 in the PSP handheld to launch a youth, self-exploration, mystery and cognitive-based AVG new work: “second novel: girl summer and 15 minutes of memory “(Second Novel: Kanojo no Natsu, 15-Bun no Kioku), UMD version of the game is priced at 5,229 yen (tax included), PSN Download Edition 4,000 yen. Another official from today also launched the official website for demo and scheduled early in June 2010, also launched from the PSN for the content of this element with the open Web demo demo not the same , interested players can also take a look first to trial in order to make the system more familiar setting.