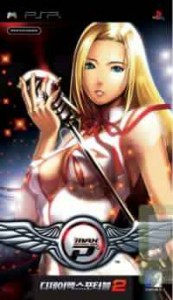 In 2003, NIS and Atlus introduced Disgaea: Hour of Darkness onto the PS2. The title was packed with a ton of sarcastic humor, an incredible amount of
depth and replayability, and a starling amount of tactical complexity. The result was an instant classic that became extremely rare to find in stores,
but spawned a number of equally engaging strategy RPGs from the small developer. Now, one sequel, one system and four years later, NIS America is
re-releasing their superb strategy game on the PSP in the form of Disgaea: Afternoon of Darkness. Filled with new features, a new game mode and even
a new storyline, this title is an incredible package for any strategy RPG fan. 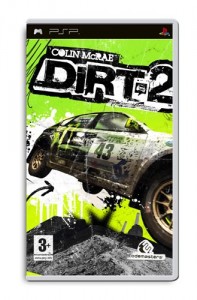 Developed ground up for the PSP, DiRT 2 shares the exciting action-sports attitude of its high-definition cousins and takes players on an exhilarating World Tour. From Iceland to Japan and London to LA, players get behind the wheel of the planetï¿½s hottest officially licensed rally and off-road vehicles and take on a range of solo, multi-vehicle and multi-class events set in 9 global locations.

DiRT 2 on PSP is tuned for portable play including a career mode and a range of quick-fire challenges. Multiplayer support includes intense wheel-to-wheel racing for up to 4 players over WiFI and, using Game Sharing, two players can go head-to-head with just one copy of the game. Get DiRTY wherever you go with DiRT 2 on PSP. 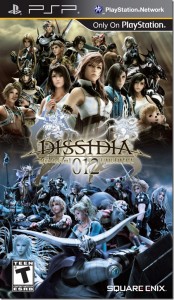 The divine conflict between harmony and discord rages on, the fate of the world its promised prize. Fighting to secure it are brave souls summoned for that solitary purpose. These warriors, relying on what fragments of their shattered memories remain, fight to end the conflict – and for a chance to return home, to the worlds they each once knew.

The battle between good and evil continues: The action-packed world of DISSIDIA FINAL FANTASY is back in full-force, now with new game modes, story missions, items, alternate costumes and combat features. Soar through expansive environments and participate in gripping combat, all while enjoying RPG-based character development that adds a rich layer of depth to the story behind the clashing forces.

New features and scenarios: New to DISSIDIA 012[duodecim] FINAL FANTASY are an Assist feature that enables players to enlist characters as back-up in combat, as well as a playable Chaos storyline that further enhances the robust gameplay experience. 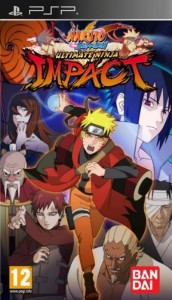