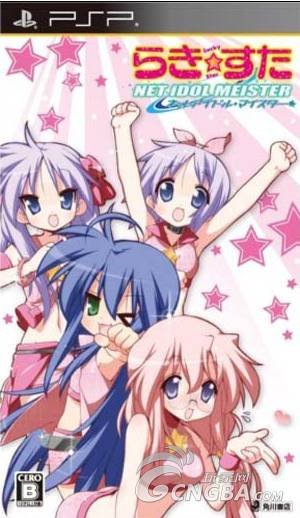 This game is basically about raising an total unknown person (Which is the girls from Lucky Star, of course) to big, worldwide stars. From Akibahara to the Internet, which is the long way to go, but has to be done. How is that even possible? Well, playing voice-training Mini-games, holding events in the cities and at last, auditions. All of them are very fun to do, except for one thing… The auditions aren’t a singing part. So no, it’s no “New pop star” audition like contest, but just… just quizzes to screw your mind. How a person can get extremely popular just by doing quizzes is a thing I can’t really answer. That’s the most disappointing thing about this game, because I thought at first this was a music related game. Kinda like “[email protected]” with tons of songs and such. But nah, Lucky Star turned out to be a quiz game.

The quiz part of the game can be really hard, especially for non-Japanese people, or others who just don’t know the language. It’s pretty nice by the fact that there’s questions about all kinds of Anime with kids Anime like Pokemon, and Teen/Young adult Anime like Love Hina and Mahou Sensei Negima, yes even One Piece. The “Guess which Anime this quote is from” is another great take too. But it’s when they’re using the fan service for real it gets impossible, and a bit bad. Zooming in on peoples breast, and you’ll have to guess who it is. Impossible. There’s even questions about who’s breasts are bigger, and that’s even more disturbing. Yeah, I think this game is just solely meant for the adult fans, since there’s all kinds of questions about Eroge (Erotic Games) too, which usually the younger fans don’t know a *Beep* about.

Another problem is the audio. Sure, the characters voices is as perfect as ever, but it’s another thing that’s bothering me… Lots of the BGM (Or background music, for un-Otaku readers) is re-used. They were already used in the PS2 game “Ryouou Gakkuen Outousai” and now, after having 3 whole years to make a new game with only fully new content, they just recycled it… Disappointing. The Intro music is pretty neat, but nothing catchy like the previous one “Hamatte, Sabotte, Oh mai Gaah!”. The intro video itself is a step better. Not so many re-used screenshots from the games gallery, and nice survival game references. The ending is… well, I don’t really know. Even if I’ve completed the game with several characters, we have to get a better ending than “Normal ending” to get to see it. Another bad thing, that is.

The graphics are one thing you can be proud of this. It’s simplistic since everything is in 2D, but the whole gallery uses sharp HQ pictures, the sprites used in the Mini-games are clean and eye-candy, and yes, even real-life animations of our favorite Minoru is sharply in this game. If you’re really picky, there’s one mini-game where they zoom too much in on a character, and we can actually see all her pixels… but heck, I don’t care.

Okay, and for the DX pack… it’s really worth all the money. I mean, it’s just 20 dollars more than the original plain game costs. A nice-looking (And good-quality) Nendroid figurine of Konata is one of the highlights in the set. Other than that, there’s just a pure Fanboy set for people who’re going to attend Lucky Star concerts and such. A headband, some glowsticks, some blow-up bats which you can hit with each others to make a “Bom, Bom” sound, and yes, a Hatsune Miku and Izumi Konata crossover T-shirt which also is pretty cool. Other than that, there’s a long towel and a pre-order external bonus only available from Amazon Japan: A CD-rom with over 10+ Lucky Star PSP Themes. All are official.

So yeah… buying this game plain isn’t really a wise thing to do, especially when the DX pack still is available and gives you lots of stuff for a little more amount. However, hard core fans (Like myself) may find this game really entertaining for a couple of hours, until everything seems old. Going through the same routine again, just with different characters… Which will repeat over 20 times, since there’s so many characters to play with here… *Sigh* But if you slice the into several days (Like, 3 characters a day) it can really be worth it. Still some cameos of popular people like the Anime Tenshi and the one and our favorite virtual idol, which will remain a secret until you see it for yourself. The fact that the Idol-choice menu actually is a parody of [email protected] (With logos for the three different game versions they sold, Missing moon, Blessing sun, and whatever more there was) it’ll be a good game for Otaku people. Even better if you know Japanese. 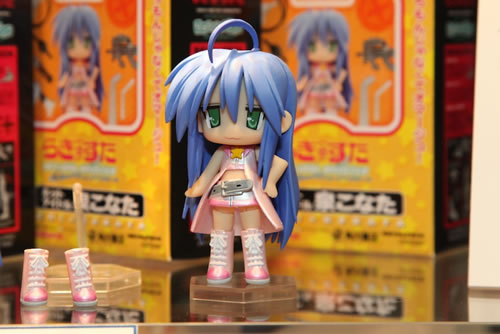