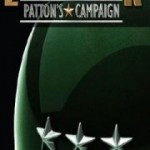 Assume the role of General Patton, commanding the Third U.S. Army, also known as â€œPattonâ€™s Ownâ€. Lead your troops from the beaches of France to the city of Berlin, along a complete Campaign composed of 35 different missions, with varied objectives to fight Nazi forces, being possible to cause changes in the course of WWII History!!!

Legends of War: Pattonâ€™s Campaign is a strategy game where the Campaign mode combines 2 different game modes: a high-level strategic management part, to set up your army with the units of your choice which can be evolved to acquire new features and skills; and a tactical and turn-based part, where you will fight across different battlefields seeking the defeat of Nazi army with the least casualties and number of turns possible.