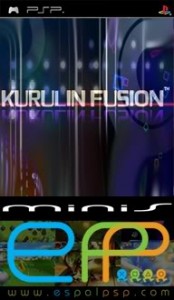 Kurulin Fusion turned out to be a cool little game, and what it lacks in Moogles and Chocobos it makes up for with futuristic graphics and a musical score directed by maestro Uematsu-san. But what makes the music even more of an exception is that every song is a variation of a classical composition by Johann Sebastian Bach. Believe me, when you listen to this gameâ€™s soundtrack you are in the company of giants. Two giants, in fact. With seven tracks and over 40 minutes of heavenly tunes, Kurulin Fusion is almost as big a deal for music fans as it is for puzzle/action fans.