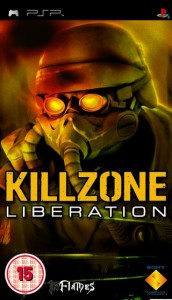 Though 2004’s Killzone for the PlayStation 2 might not be the most fondly remembered of sci-fi first-person shooters, Killzone: Liberation for the PSP is bound to make a more lasting impression. For one thing, Liberation has just about zero to do with its PS2 predecessor from a gameplay perspective. It’s still a shooter, but the viewpoint has been switched to an isometric, top-down view and the action itself has improved exponentially. This is a game that provides a great deal of intense shooting action, with tough enemy opponents that don’t lie down and die easily. Throw in an ad hoc competitive multiplayer component and co-op play for the whole campaign, and you’ve got a thoroughly excellent package.