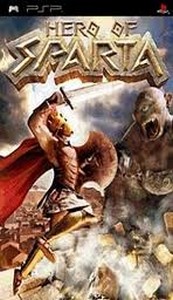 Hero of Sparta is one of many Gameloft titles that was lumbered with the unenviable task of blowing raspberries at the PSPâ€™s graphical prowess when it was released. Itâ€™s not like Gameloftâ€™s effort really had a chance of replicating the depth and quality of Sonyâ€™s prize thug, but it established that the iPhone was no shrinking violet when it came to throwing down.