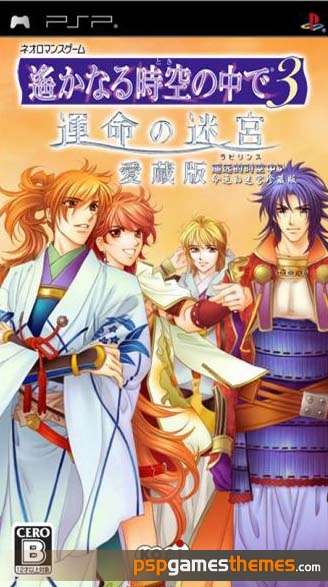 One rainy day Nozomi Kasuga and her two friends encounter a strange boy at their high school, who sends them hurtling across time and space to a place in another world called KyÅ. This place bears a strong resemblance to Kyoto at the end of the Heian period, where the Minamoto clan (Genji), led by Minamoto no Yoritomo (based on the historical Minamoto no Yoritomo), is at war with the Taira clan (Heike), led by Taira no Kiyomori (based on the historical Taira no Kiyomori). The Heike hope to defeat the Genji by releasing vengeful spirits (onryÅ) to disturb the Earth’s natural flow of energies and to terrorize the land. The boy that Nozomi met is revealed to be the human form of HakuryÅ«, the White Dragon God said to protect KyÅ, whose powers have greatly weakened due to the presence of the onryÅ. Nozomi discovers that she has the power to seal the onryÅ as HakuryÅ« no Miko (ç™½é¾ã®ç¥žå­, Priestess of the White Dragon?), and she allies herself with the Genji in order to seal the onryÅ, restore HakuryÅ«’s powers, and return home to her own world.