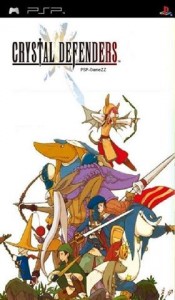 Square-Enix’s Tower Defense-style game will be making its way to Sony’s handheld, according to the German games rating system USK (spotted by Siliconera).

The game was originally released on iPhone. Wii, Xbox 360, and PlayStation 3.

Crystal Defenders PSP could be a start of Square-Enix’s support for the PSPgo Minis program, as the company has several mobile games just waiting to be turned ported over, such as Dirge of Cerberus: Final Fantasy VII Lost Episode, and Kingdom Hearts Coded.