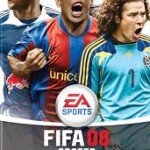 “The PSP is never the focal point of attention when it comes to FIFA’s development resources, but that has never stopped EA Sports from putting out a
competent package for fans of the portable alternative. This year is no different, even if the engine running the PSP version of FIFA could use some work
after going relatively untouched the last few years. The gameplay is as solid as ever, especially with the new 360-degree dribbling abilities previously
exclusive to consoles, but the new Be A Goalie Mode suffers because of the limitations of the PSP hardware.