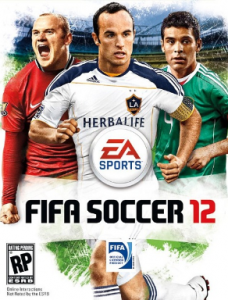 FIFA Soccer 12 brings to the pitch a new game-changing Player Impact Engine, which is a physics engine built to deliver real-world physicality in every interaction on the pitch.
The Player Impact Engine monitors contact between players in real time, analyzing the force of the collision and the impact on the body to detect real injuries, which will create a deeper and more challenging career mode. FIFA Soccer 12 offers deeper and more engaging gameplay due to its revolutionary innovations inspired by the real world of soccer. You will have all-new precision dribbling, which delivers a higher fidelity of touch on the ball for attacking players. In addition, tactical defending will fundamentally change the approach to defending by placing equal importance on tackling, intercepting passes, and position. Also, CPU players have been infused with pro player intelligence, which provides the next generation of player intelligence and performance to give you the challenge of a lifetime.

Can you please tell me how to use the Filesonic Premium Link Generator, i really want to play this game.
PLEASE Reply Soon
Thanks for awesome job at the website.

Just paste the links in the text box and click generate !