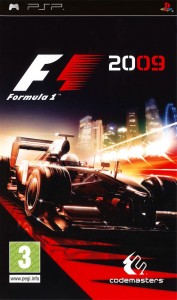 For F1 fans the wait is over; after a two year hiatus, the sport returns to videogames courtesy ofÂ Codemasters and Sumo Digital’sÂ F1 2009. While it’s not the full-blown comeback many were hoping for – for that we have to wait until next year’s full-blooded versions on more powerful hardware – this is no mere stopgap, and is instead an assured take on the premier tier of motorsport.

Sumo Digital is no stranger to the PSP, having worked its magic with Codemasters’ Race Driver games and delivering a small miracle in bringing OutRun 2 to the handheld, and the experience shows with F1 2009. A mirror of the Wii version, many of that game’s shortcomings on Nintendo’s console are slightly more forgivable on Sony’s handheld. It’s still not the prettiest of games, even by the lower standards of the PSP, but again it runs at a respectable lick, with all 17 circuits of the 2009 season represented with a commendable sense of authenticity. 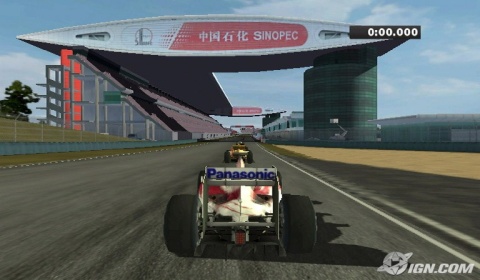