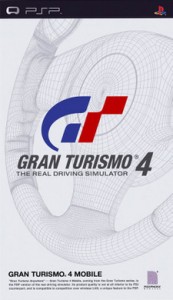 More than five years and a couple of title changes after it was announced, Gran Turismo has finally arrived on the PSP. The first handheld iteration of “the real driving simulator” isn’t as fully featured as some of its predecessors, and the lack of a structured Career mode is particularly unfortunate. However, with over 800 realistically handling cars of all kinds to put through their paces on 35 impressively varied tracks, an engaging Challenge mode, and some decent multiplayer options, there’s certainly no shortage of quality content.