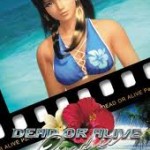 When the original Dead or Alive: Xtreme Volleyball debuted on Xbox, it was able to rely on the horsepower of the system to sell the seriously
disproportionate babes as attractive women that you creepily leered at as they sprawled out on the beach. On PSP, it’s a different matter entirely.
Thanks to the insufficient hardware and small screen size, the ladies in Dead or Alive Paradise come off looking like shambles of their former selves
(though the wonky boob physics are certainly intact). That’d be fine, but the fact that the mini-games feel robotic and lack any online infrastructure
to expand the experience beyond what’s offered on the UMD condemns this one to purgatory.