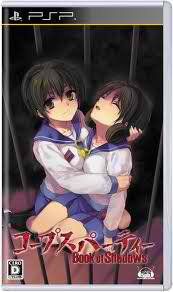 According to the Japanese 5pb. Announced that the scheduled August 4, 2011 launch of the PSP handheld a AVG word puzzle adventure: “body party: Shadow of the book” (Corpse Party: Book of Shadows), games, regular version sells for 6,090 yen (tax included), includes the game and the world debut actress Naomi doll to the child with special music CD together with the special code such as the Limited Edition bundle is priced at 9,240 yen (tax included) . Today, the latest official beginning of the game released specifically Japanese animation and illustration of the special code to access the shop to let players enjoy!