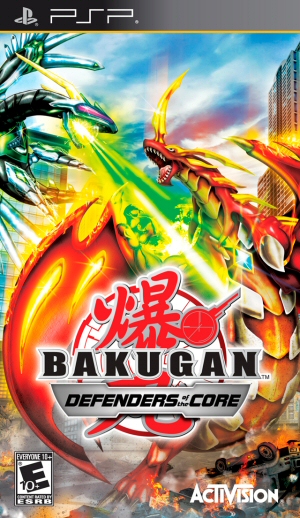 Bakugan: Defenders of the Core brings gamers into a fast binding action adventure to save the Earth from Zenoheld, Spectra and their Vexos minions. Players create a new hero and discover new aspect of Bakugan by having full control over the creatures when taking on the opponents. For fans who will be getting the DS version, will be taking advantage of the dual screens. The game has split-screen multiplayer, head to head battles, and free for all. It will have a Collector’s Edition that will come a figure of a Bakugan, there are many different ones such as a Pyrus Neo Dragonoid, Subterra Centipoid, Aquos Limulus, Subterra Cycloid, Subterra Hammer Gorem, Haos Blade Tigrerra, Darkus Laserman, Ventus Ingram, Ventus El Condor, Aquos Preyas Angelo, Aquos Preyas Diablo, and many more different action figures.